After France, I took a train to Ghent, Belgium to meet up with seester, who flew in from Connecticut☺️

We were visiting Ghent and Bruges (no Brussels, on account of scary bombers loving it there), before we went to Amsterdam. 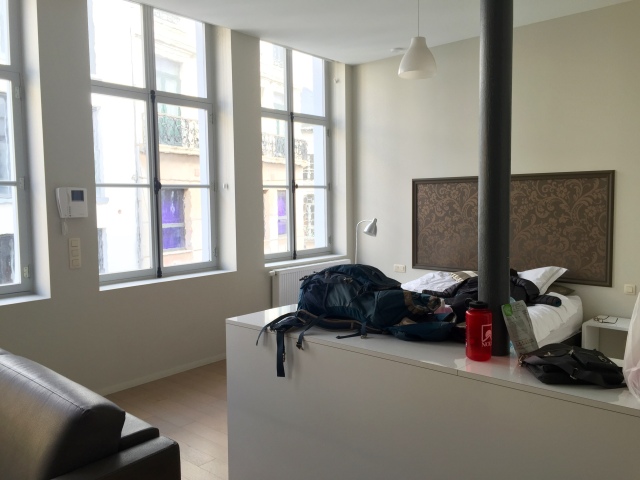 our airbnb studio apartment, in the perfect location

Ghent is super small, cute, and has all the ‘typical Belgium’ things you want to see (‘typical Belgium’ to me = waffles, chocolate, markets, and nice, old architecture😂). We actually liked Ghent more than Bruges – it felt more authentic.

Apparently Ghent has really good mustard… if you like mustard, I would recommend visiting😂 Our old mailman in Kentucky, Chuck Woodcock (great name, right?), loved French’s mustard. That is literally the only thing I know about him. And he is the only person I know who ‘has a thing’ for mustard. But I think he was on to something. 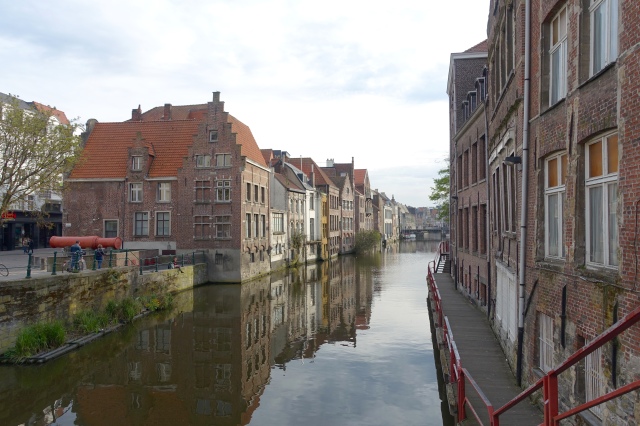 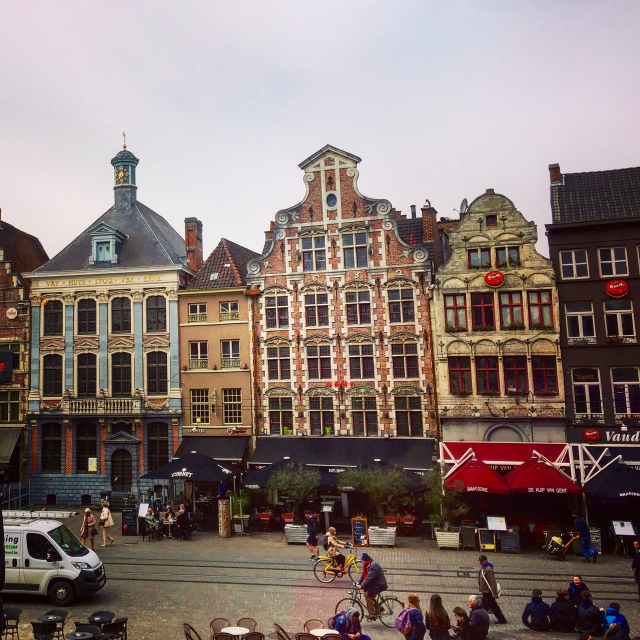 😂 this begs so many questions!!!

Maybe it was a political thing, and the bus has fallen out of favor with the local leadership?

And, the most obvious question, why don’t they take the decal off?

they are making it downstairs 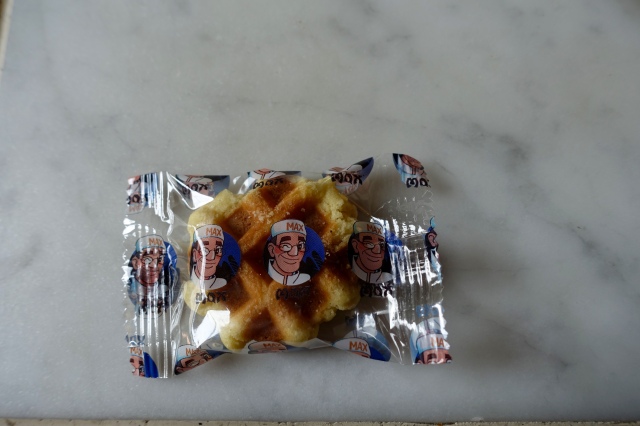 cheeses – pesto and ??? the pesto was badass 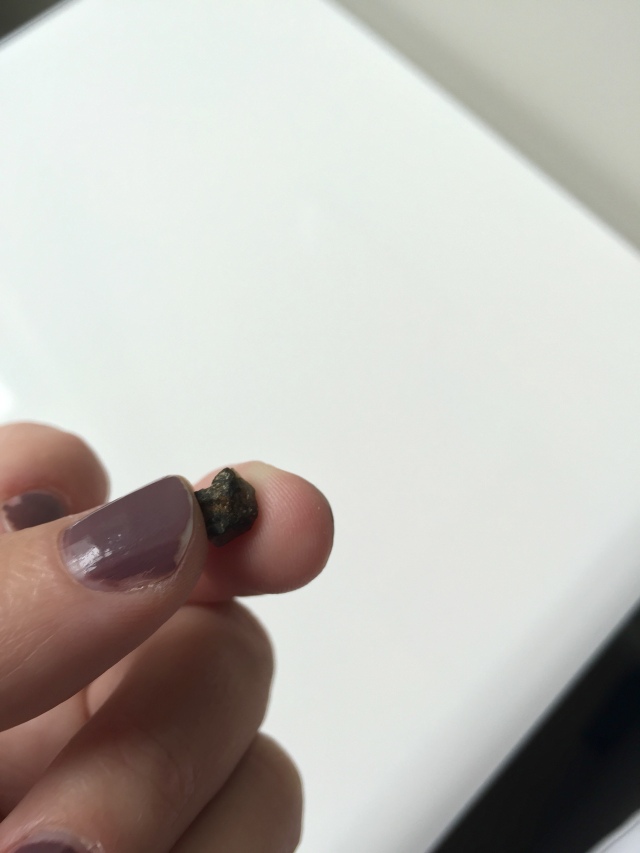 i found this rock inside one of my dried figs. it’s a shame because the figs were really good. luckily, my slow chewing meant that no teeth were harmed when i bit this boulder.

Then, we went back to the train station, to head to Bruges for two days…

Someone needed extra sleep time, while I was wide awake, on account of the coffee consumed.

Our Bruges hotel was in an old building with very traditional rooms. I loved this place!

loved this room! take note of sarah’s juice on the window sill that sat untouched for two days – but was not allowed to be moved to a better place (like dumped in the sink).. sometimes a great notion… 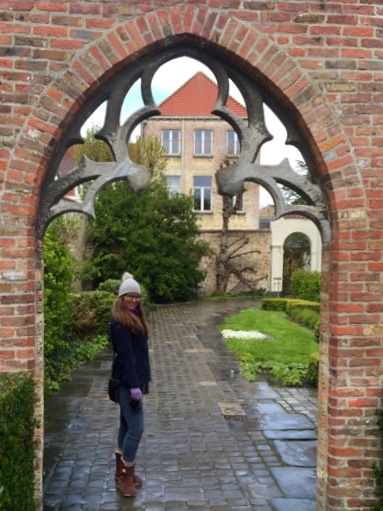 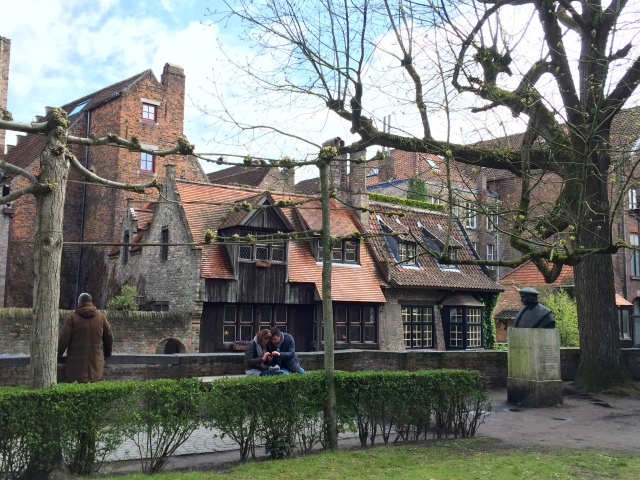 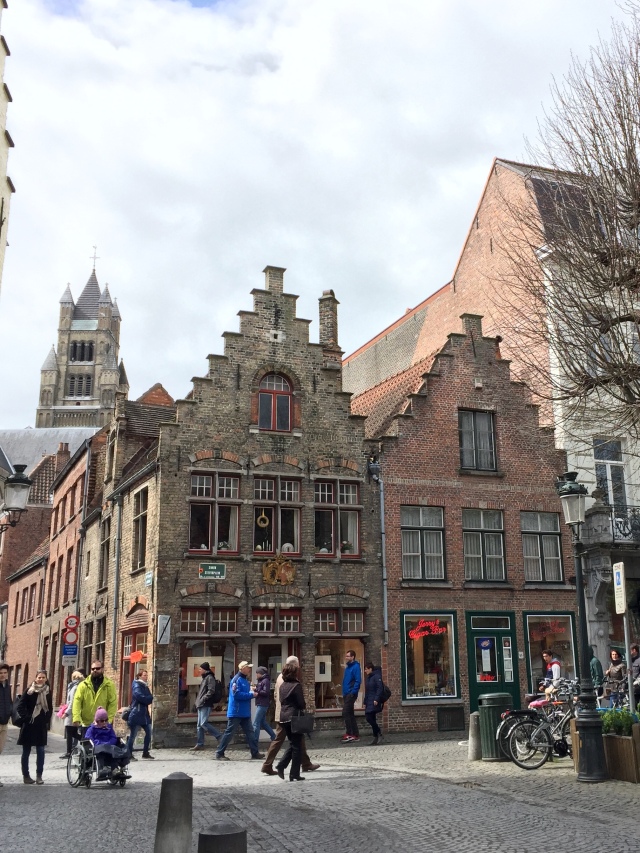 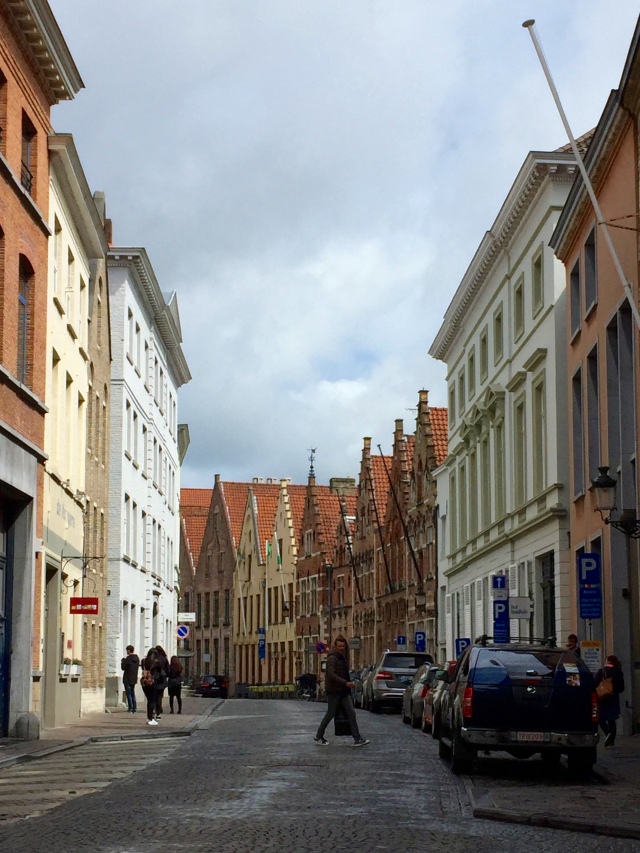 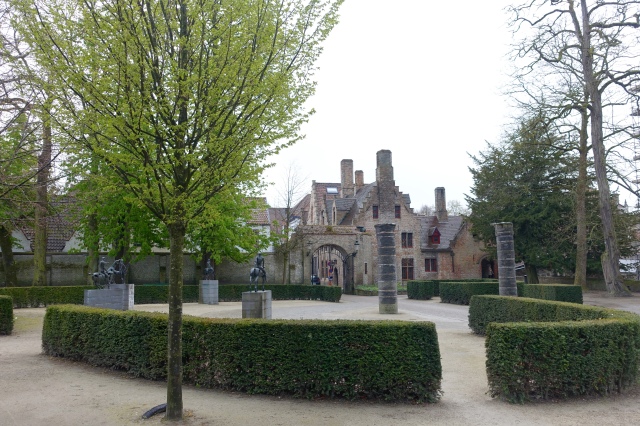 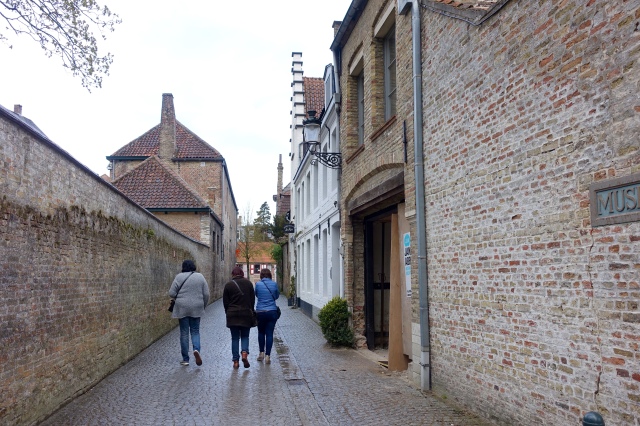 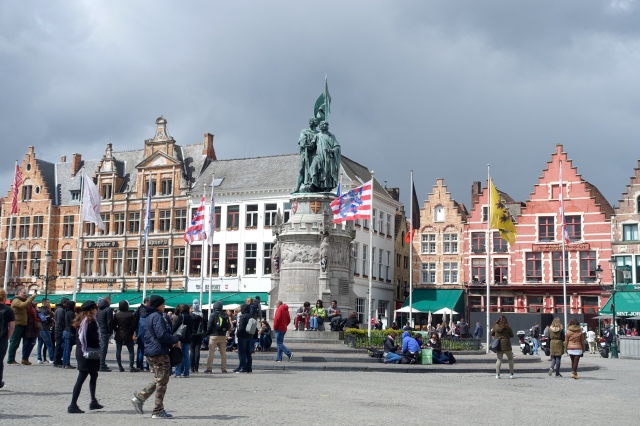 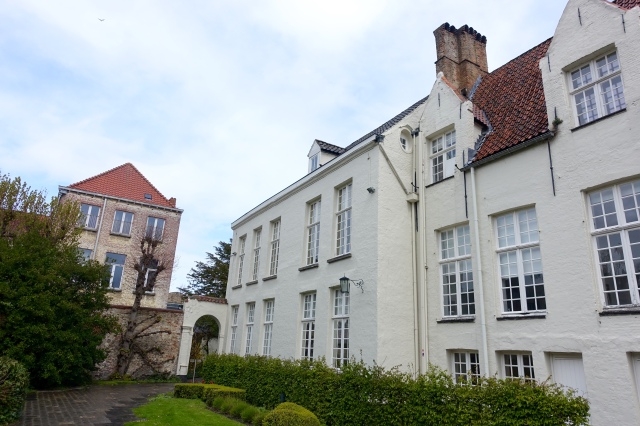 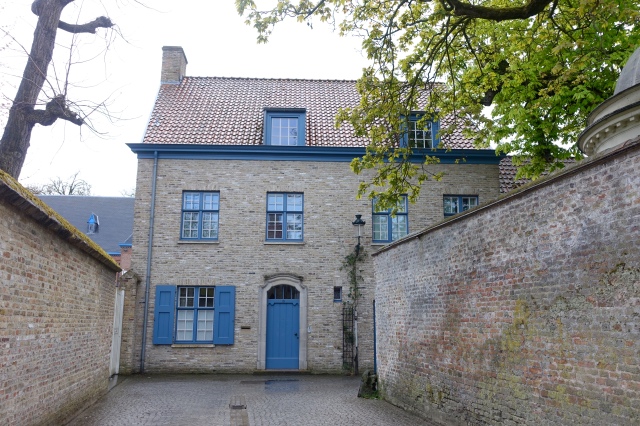 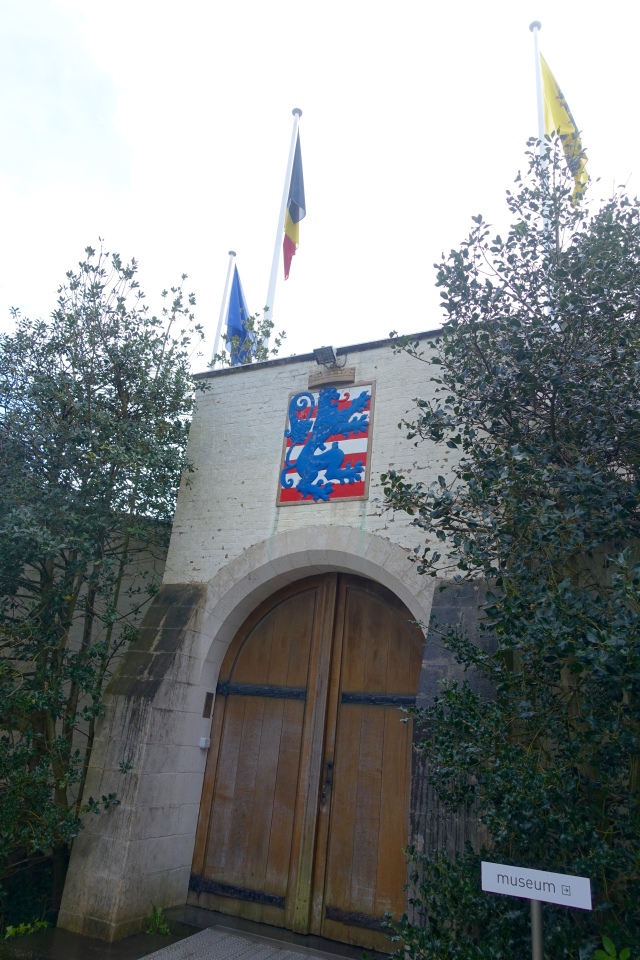 I think we got most of the ‘trying Belgium food items’ out of our system in Ghent. Although, Sarah did take a particular liking to one chocolate shop that had an interesting piece of chocolate she really appreciated… she even made me ask the guy working there to show it to her.

After Bruges, it was off to The Netherlands: Amsterdam😄 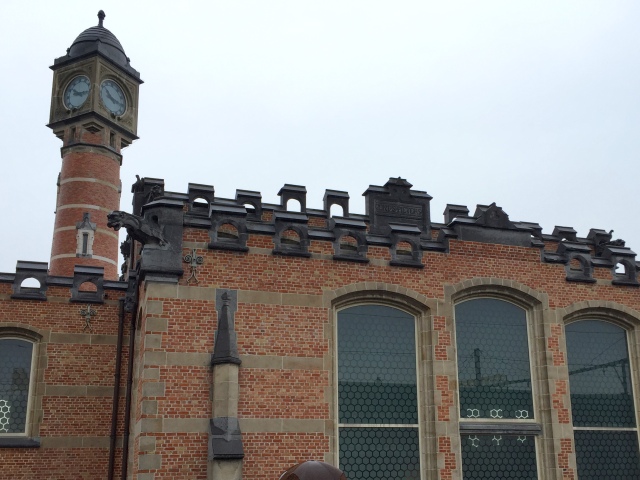 Next up: Seester Time in Holland

4 Comments on “Seester Time in Belgium”