Difference in the Sameness

Giving an interview in Tokyo…

Forgot to mention that I was approached at my Tokyo hostel by a journalist for a local magazine 😂 I was preparing the $1 noodles that I purchased earlier in the day for my dinner, and I guess I looked interesting (“Duhhhh… what are the instructions…? Oh!! You pour the water out?!! I thought with ramen you leave the water in!! Okay!”) The reporter sent me the link to the article today – he writes for a magazine called “News Post Seven”… ‘read’ it right here.

From what I can tell, it talks about the rise in foreign tourism and is describing the things that the foreigners do when they visit Japan, what they like to see, etc. The lady who is with me, and who the article is about, is Tomo, and she is the blessed soul who got me the Sumo match hook-up!!😍 Google translate tells me the caption under the picture says: “Kamata-san and foreign tourists to enjoy the chow mein noodles”. This is a photo that didn’t make the cut:

This experience had me thinking about the things I’ve noticed that are just a little different in Japan, compared to the U.S. For example – I haven’t seen many small children, compared to the % of parents/kids you see in the U.S. out and about. I’ve noticed that men and women (and boys and girls) usually aren’t hanging out together, unless they are obviously together as a couple. Everyone is really nice and helpful – similar generalization can be said for the people in the southern U.S., but not for the northeastern folks (Sarah).

And now for the important stuff.

American futon vs. Japanese futon. Not the same! Totally different!

Totally different! Japanese futon = mat on the floor (I’m laying on one right now… feels a lot like laying on the floor). Closer to air mattress than American futon.

Also extremely important. Coffee isn’t readily available. And sometimes when it is, it’s only *gasp* instant coffee (THE HORROR)!  Also, Where is the peanut butter?, you ask… Well, there is no peanut butter. What is available instead?, you wonder… Something called ‘peanut cream’. I bought some, hoping it would be peanut butter by a different name. NOT peanut butter! It’s something strange that I can’t really comprehend. And it leaves me missing my Perfect Peanut Butter World of Jif and Peter Pan. 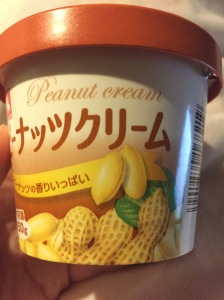 Not that all the differences are U.S.-better.

The public transportation system here is simple, clean and amazing. For me, it’s been easier to get around the entire country of Japan than navigating NYC subways. They are clean, people don’t talk on their phones, don’t eat, don’t make noise, homeless people don’t take their shirt off & scream to everyone that the government gave them cancer & show the burn marks, they are always on time, and a lot of the train stations have HEATED TOILET SEATS. OMG, can you even imagine? I can. Because I’ve used ’em. Japanese public transit is incredible.

Fuji apples. So we have Fuji apples in the U.S. It’s what I normally buy. I think it’s the 3rd or 4th most popular apple sold. Fuji apples here are not the same. They originated here of course, but farmers started growing them in the U.S., and unfortunately they haven’t retained their original deliciousness. The Fujis here are almost twice as big, much sweeeeeeter, and crispier. 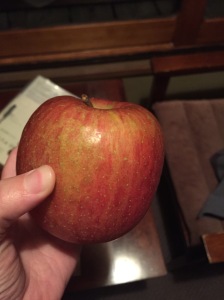 I truly love learning about the culture. I was talking to someone here about language differences and how interesting I find it that there are words in some languages that don’t directly exist in any other. He told me about a Japanese term called “wabi-sabi“. It describes a concept and way of living that focuses on the beauty of imperfections in life, that nothing is ever finished, and that nothing lasts. What an amazing term to consider. And so different than any American ideology. And one I don’t think I would’ve ever known existed without my travels here.

Difference in the sameness. It’s a big part of why I love to travel. And thinking about it, for me, invites a way to appreciate the contrasts, while also finding more gratitude for the ordinary.

Next up: Hakone & Kyoto

← Go to the Nature☺️
Nightscapes :: Reds and Greens Mostly →

8 Comments on “Difference in the Sameness”