I had a layover in Zagreb, which put me there for around 15 hours. I tried to at least walk and see the most impressive stuff😊… in addition to going to every bank and currency exchange to try and ‘fix’ something😩 (more on that later).

I stayed at the Westin for free with SPG points. Great location and a not great hotel. Ban Jelacic Square is at the center of the city, in what’s considered Lower Town, and above it (literally, up on a hill but also to the north) is the Upper Town area, where more of the historical points of interest are. 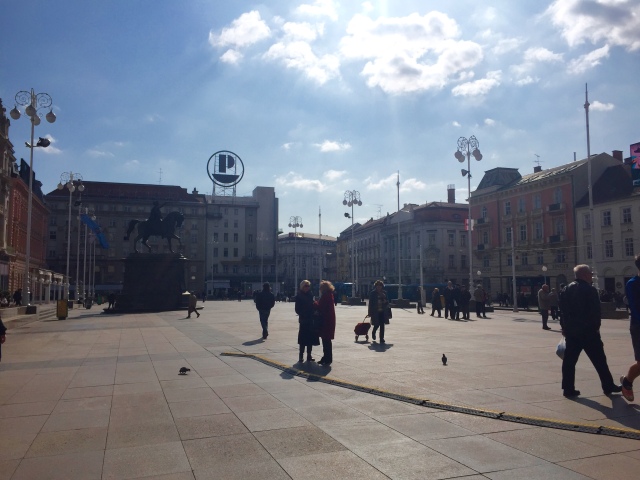 Josip Jelacic was Ban of Croatia in the 1800’s… not sure what a ‘Ban’ is, but it sounds important😂. From what I’ve seen, he sounds like a controversial figure, but it looks like Zagreb has, at this point, decided to like him. So, there he is, in all his glory (I’m sure he would approve).

view of Zagreb from my hotel room – mimara museum in foreground, cathedral in distance 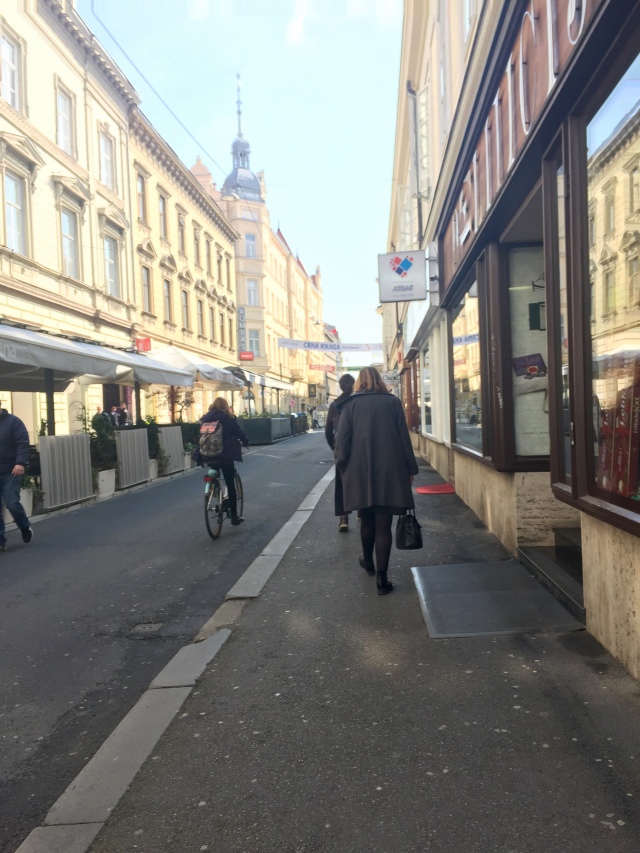 The historical sites in Upper Town are mainly in two neighborhoods – Gradec and Kaptol. Kaptol is where the tallest and most famous building in Zagreb is – the Zagreb Cathedral, originally built in the 13th Century. 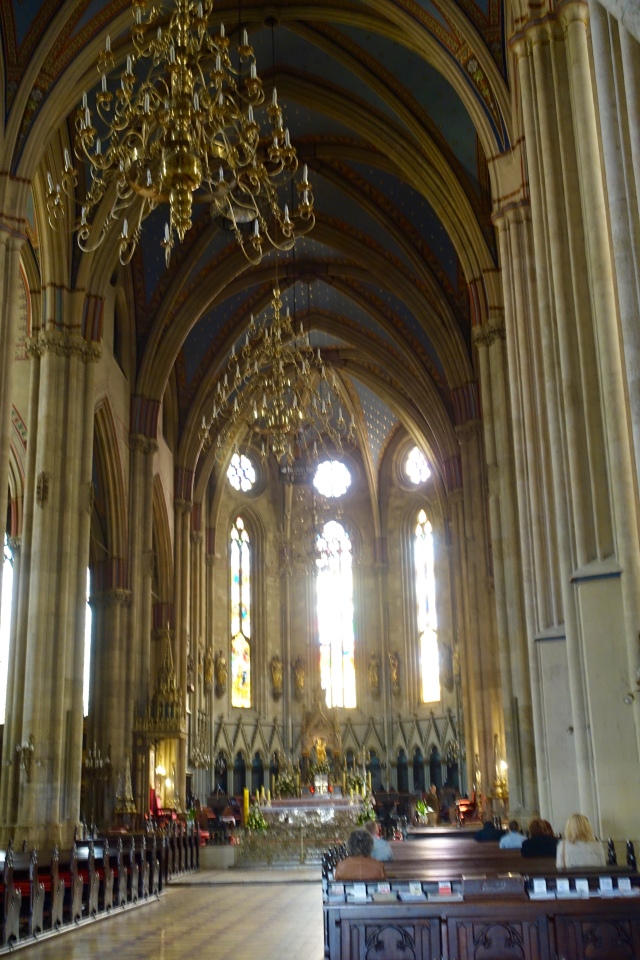 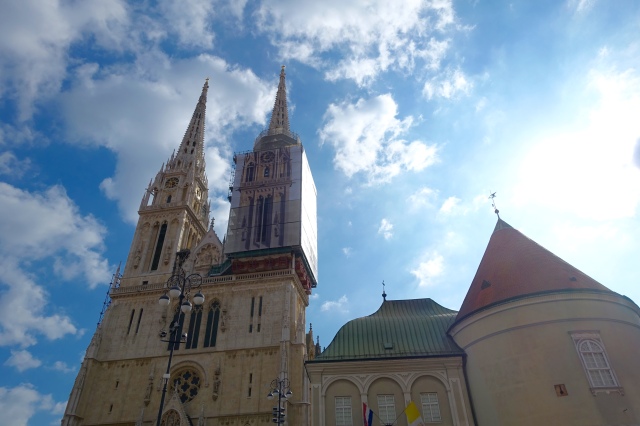 hand painted, local artists do these every easter outside of Zagreb Cathedral 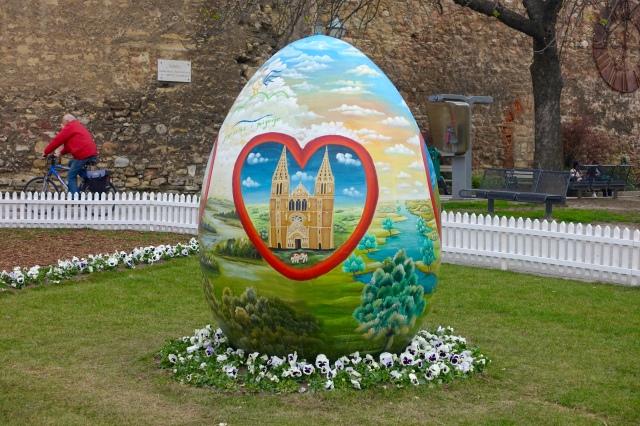 There are panoramic views of the city from Upper Town.

view of zagreb from upper town

Stone Gate (Kamenita Vrata) is the only remaining gate of four original gates that used to connect Gradec area to Lower Town. It was built in the 1200’s, and now, it’s preserved as a religious site.

Nearby is St. Mark’s Church, which is one of the most unique looking old buildings I’ve seen. The church was built in the 13th Century, and the tiles on the roof were added in the 1800’s. The colorful tiles have the medieval coat of arms of Croatia, Dalmatia and Slavonia on the left side, and the emblem of Zagreb on the right.

A few other cool Zagreb sites: 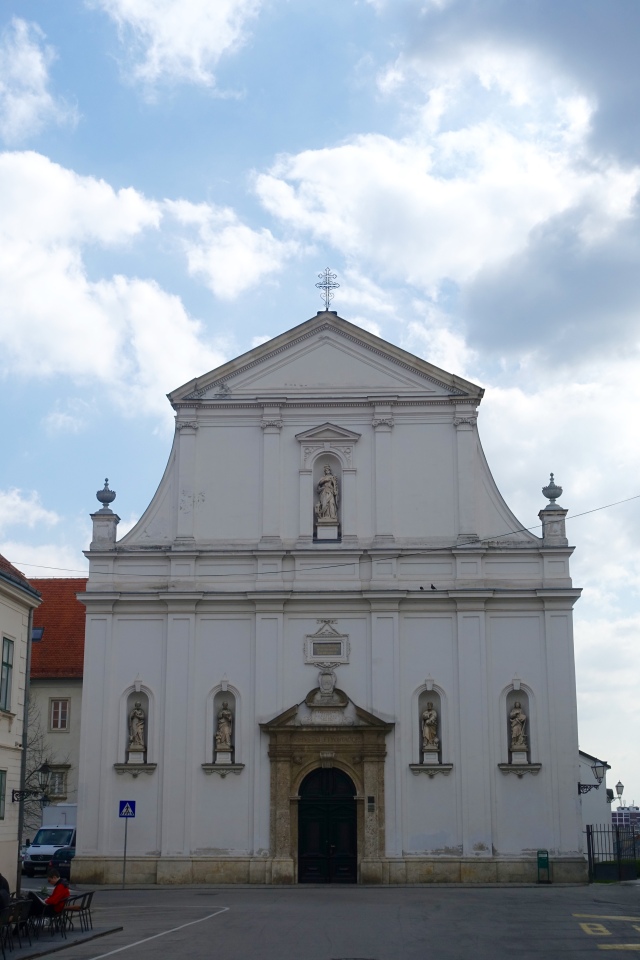 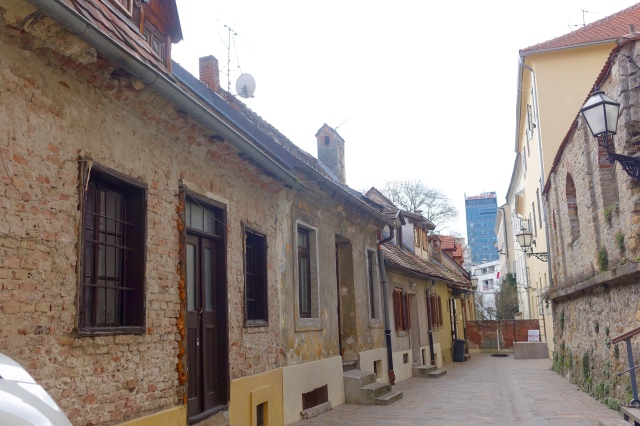 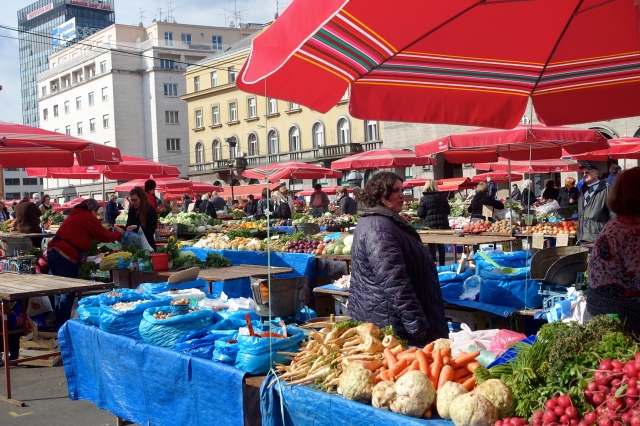 I spent most of my time in Zagreb trying to find a place to take my Macedonian denar that I failed to exchange before I left Skopje. I forgot at the Skopje Airport, went through Passport control and security, and there was no currency exchange inside the terminal, and I couldn’t go back out😢. The problem is that I have a lot of $ in Macedonian money because someone in Missouri tried to hack my debit card, and before my bank shut off the card, I pulled out enough money for the next two weeks from the ATM (because they have to send me a whole new card, which is a whole new problem). And the ATMs in Skopje give Macedonian denars, of course. Soooo, no place in Croatia takes Macedonian $… one lady told me that I could go to Serbia to change it (um, gee, thanks). I don’t know what to do… this may be my most expensive mistake of the whole trip! I might have over $300 worth of kindling in my pocket

We shall see. I wonder if there is any black market for currency exchanging that I can get a lead on?? 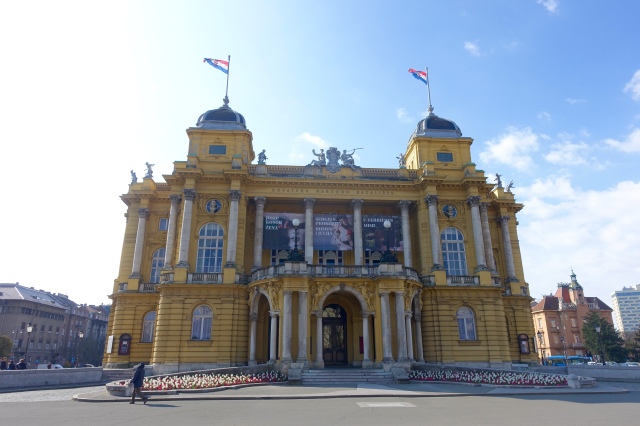