The Atlantic Ocean, from Africa. And tree goats.

Essaouira is a small beach town on the western coast of Morocco.

I wanted to go there because I wanted to see the beach and also the town itself, which is a UNESCO World Heritage Site. This is the UNESCO description:

Essaouira is an exceptional example of a late-18th-century fortified town, built according to the principles of contemporary European military architecture in a North African context. Since its foundation, it has been a major international trading seaport, linking Morocco and its Saharan hinterland with Europe and the rest of the world.

Essaouira used to be called ‘Mogador’. It sounds very much like a place in The Game of Thrones. And GOT filmed here! For season 3, there were some scenes filmed on the town wall…

It feels very old-worldish in this place…. it felt like Dubrovnik-minus-modernity… actually, it is like a Game of Thrones set! I went to the coast on a different route than I took to the desert, even though it was farther, because I wanted to see different scenery. This was on the drive to Essaouira… 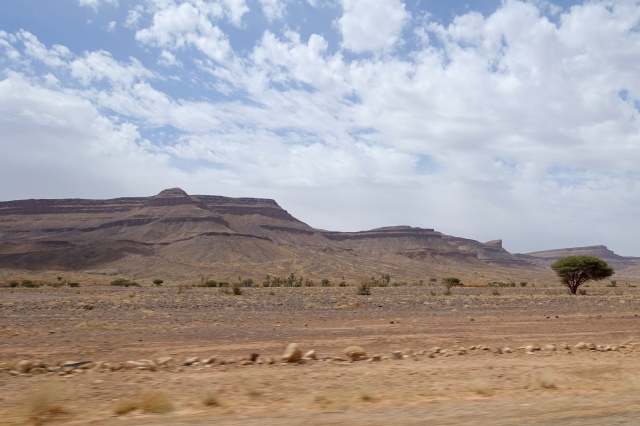 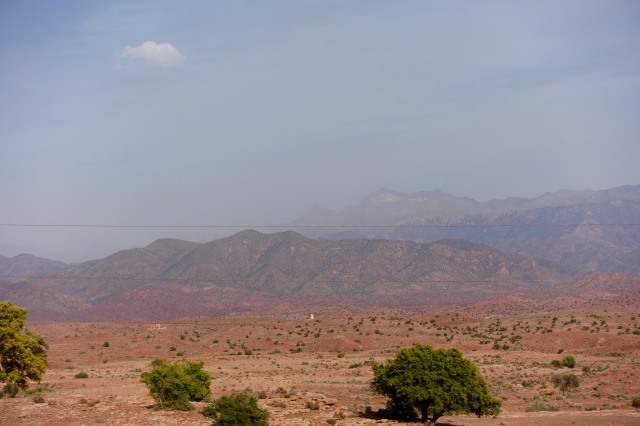 Essaouira town, and the medina, is on the water. I didn’t stay in the medina, but I stayed at a place near the ocean and close enough to the medina so I could walk there. 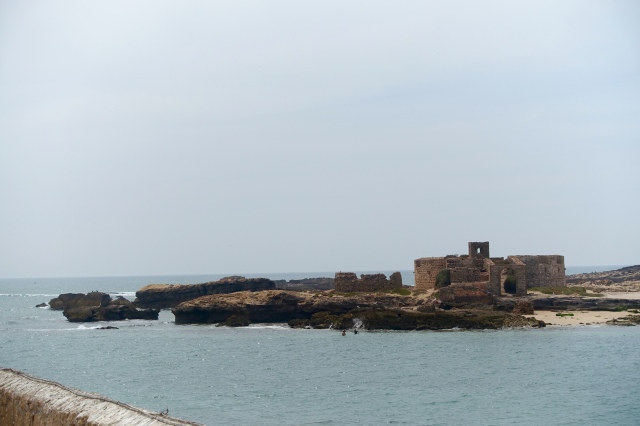 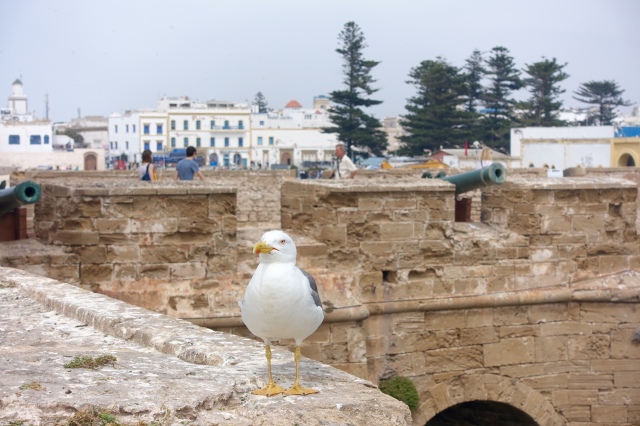 There is a wide, beautiful beach just outside of town. From here, you also have a view of the Purple Islands nearby. The Purple Islands were so named because in the first century BC, the Romans made a dye factory here, using the purple-colored dye from a certain type of sea snail. I guess this was a very popular color for use on the imperial Roman togas and other garments😆. Mogador Island actually protects Essaouira harbor from the wind. In the days of its original use, that island had a mosque, a prison, and a place to quarantine people (for 40 days) who were arriving to the town from a foreign location. Near the beach, there is a set of ruins, Bordj el Oued (it means: Castle in the Sand). The Bordj served as a lighthouse, until it collapsed following a flood in the 1800s. 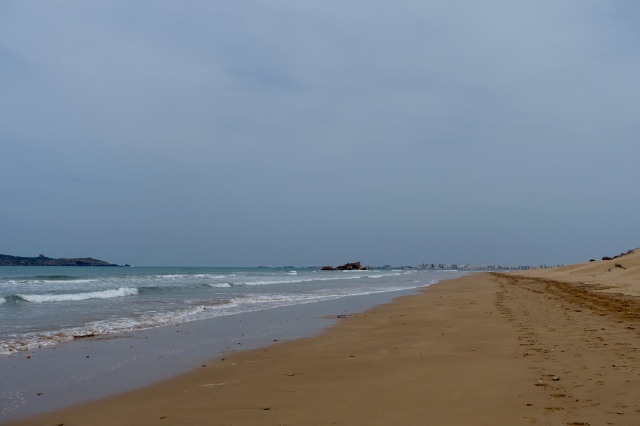 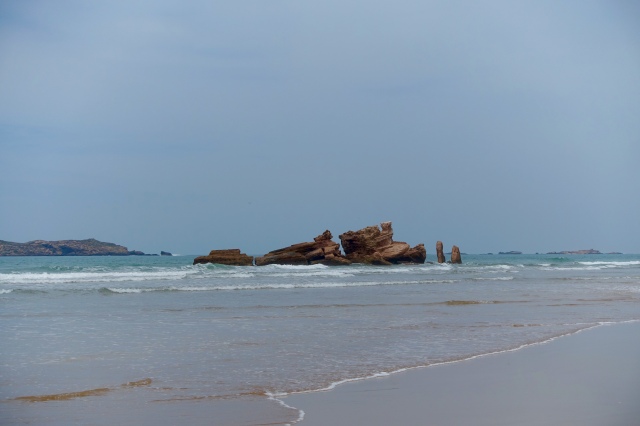 After Essaouira, I was driving back to Marrakech, which is two hours away, to catch a flight to Madrid. The area between this part of the coast and Marrakech is famous for it’s argan trees and argan oil production. Apparently, some argan oil used to be made by this process: 1. argan tree grows fruit 2. specially evolved and skilled goat climbs tree and eats fruit 3. goat goes #2 4. kernels from argan tree fruit are taken out of the poop and processed to make argan oil and other products. Apparently. Either way, the process is to peel the fruit from the nut, and the fruit is used to feed animals, while the nut is roasted and the kernels removed by hand. Now, there are a few trees on the side of the road (I saw three) that have the tree-climbing goats in them… at this point, it’s a tourist attraction, and the goats are in the trees because the farmers make them be. Dunno. I did see one of the goats eat one of the fruits and then spit the nut out😂 But, it looks so weird and awesome at the same time to just be driving, glance over, and see goats on the branches of these little trees!! 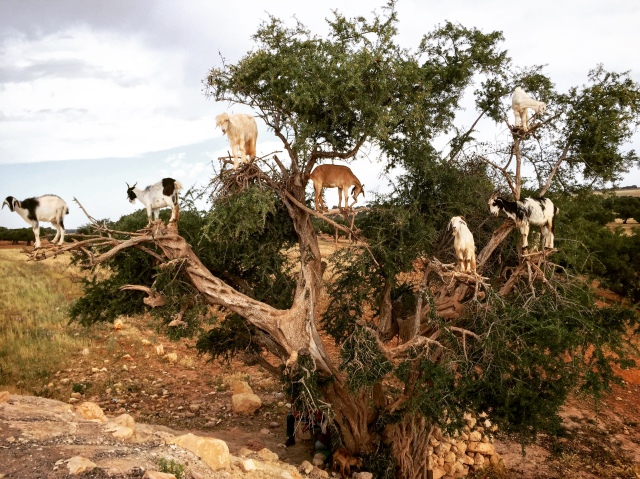 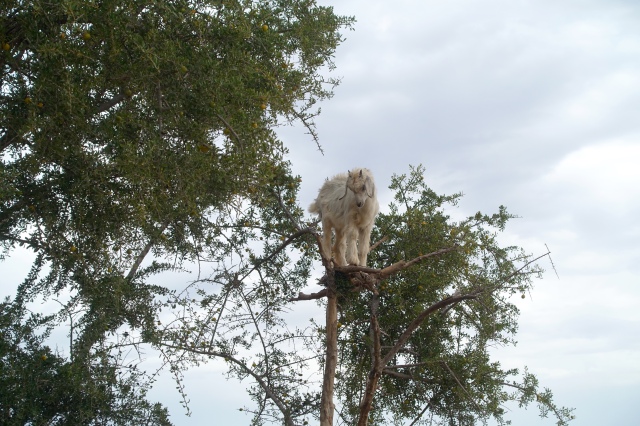 I spent part of a day in Marrakech, booking a room with points that was upgraded to a suite😏 And, THERE WAS A HAIL STORM WHILE I WAS THERE. Hail in the Sahara?? Hail in North Africa??!  I guess it happens.. 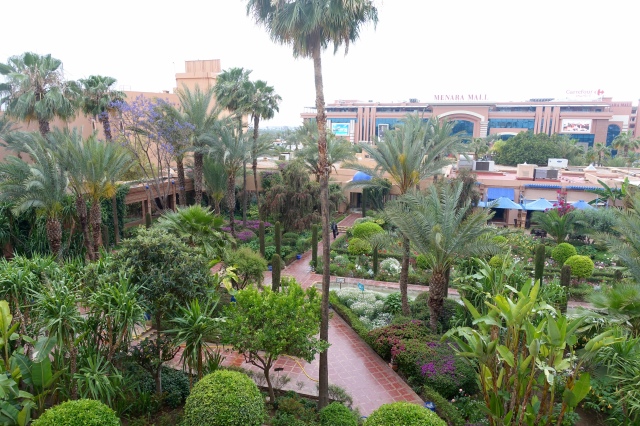 These Renault cars were kind of common in Marrakech – how cute! 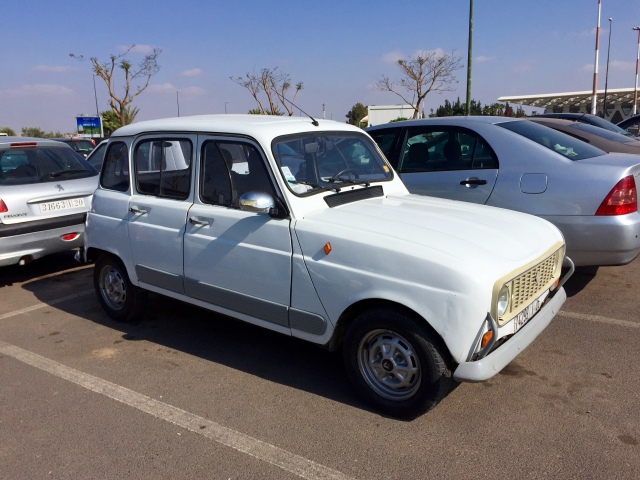 😦 I don’t know how this little guy got here…

oops:( i found this on my grill

I really love Morocco, it’s one of my favorites… It’s just so unique and interesting, with different changing landscapes and such a distinct culture. I wanna go back. Some day.❤️ Until then, I’ll dream of this…

Next up: A quick stop in Spain: Madrid!

2 Comments on “The Atlantic Ocean, from Africa. And tree goats.”