I had one day in Stone Town, Zanzibar, before I flew to Abu Dhabi for a 13 hour layover on the way to Istanbul.

Stone Town is… old! Because it was formed through such unique blendings of cultures, it’s a UNESCO World Heritage Site. Namely, it “has brought together and homogenized disparate elements of the cultures of Africa, the Arab region, India, and Europe over more than a millennium”. This means I got to see three UNESCO sites in Tanzania (Stone Town + Serengeti + Ngorongoro).

Stone Town was a very active area for the Arab slave trade that went on in Africa during the 1700’s and 1800’s. After spices and ivory, slave trade was the biggest industry of the time.

As far as the streets in Stone Town – they are too small for cars, so there is a lot of foot traffic and some bikes + motorbikes. I was only there for about 15 hours, so I couldn’t see much, but I did get to observe some of the architecture… 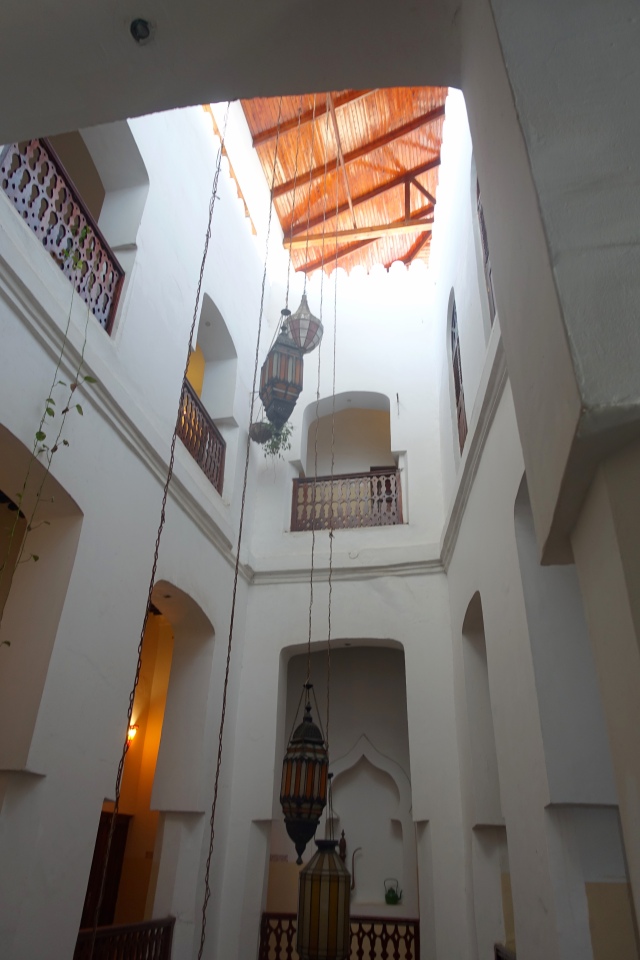 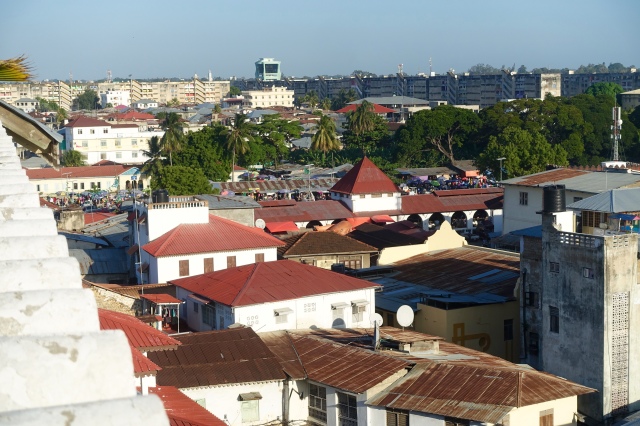 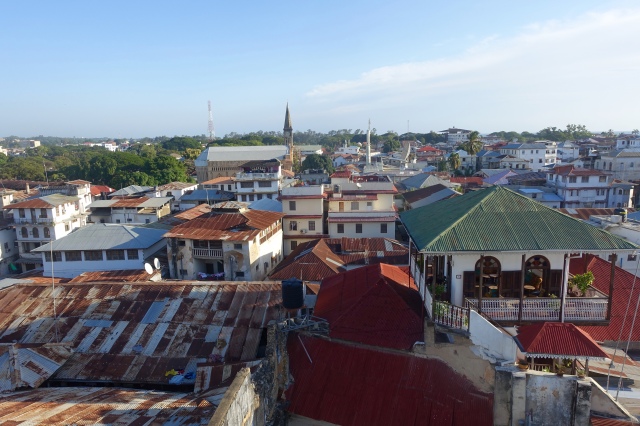 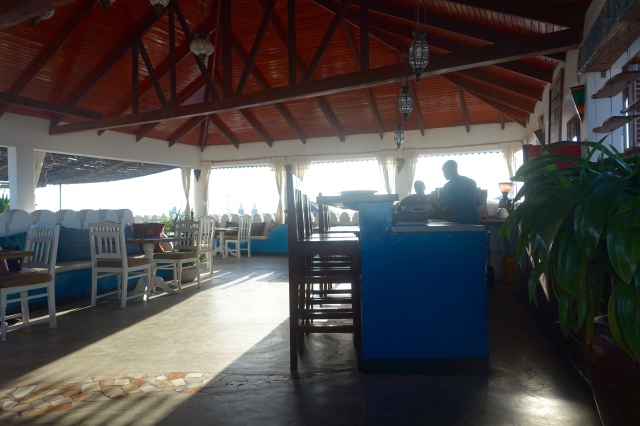 The next morning, I went from the Zanzibar airport, to Dar es Salaam, and then flew to Abu Dhabi. The Zanzibar flight was cancelled, but they didn’t inform me of this, so when I got to the airport, I had to figure that out and ended up on a flight that was two hours later than the one I booked. Luckily, I was still able to make my next flight on Etihad Airways to Abu Dhabi!

This was in the Dar es Salaam Tanzanite Lounge…

someone has the right idea…

While hanging in the lounge, I almost missed my flight because I was relying on the guy working in the lounge to tell me when the plane was boarding. It was no issue (I was just the last person on the plane), but it made me realize that after so much time in airports, one can get a little complacent about the whole process. Must remind myself to stay vigilant!😂

I arrived in Abu Dhabi around 8:30pm. I stayed at Le Royal Meridien, a Starwoods hotel, and they gave me a “triple room upgrade”, as the lady at the Reception desk described. I stayed in the Royal Suite, complete with kitchenette (which I actually used!).

The hotel is in a cool location, within walking distance of Corniche Beach, several shops and restaurants/bars, and a mall. I found a grocery store, which was what felt like a “real grocery”, so I went kind of crazy buying junk food😳

Abu Dhabi is really super nice, and I wish I could’ve stayed longer to see more of it, see the tourist sights, and also to go to Dubai, as I had wanted. Alas, didn’t happen on this trip. But I enjoyed how very clean it is, the unique and modern architecture, and also just the high level of service that the service industry people show. I had flights on Etihad (based on Abu Dhabi) – the flight attendants were lovely, and the all of the planes that I used were top-notch (including cameras on the bottom of the plane, so you can watch take-off and landing, and windows in the restrooms!).

Maybe I’ll visit UAE again and get to see Abu Dhabi and Dubai. I most wanted to watch a horse race at one of the big tracks they have, so maybe I’ll schedule something in the future to include that😊

Next up:  Turkish Delight please, your Majesty.