I flew from Istanbul to Izmir, then rented a car and drove one hour from Izmir to Ephesus. It felt good driving again, although I can’t say that I missed it too much. It’s easy to forget how much work driving is when you never have to do it! NOTICE TO ALL TURKISH DRIVERS: USE EXTRA CAUTION WHILE ON THE ROADS WHILE STEPHANIE IS DRIVING. The guy at the rental car place in the airport was Turkish, but he went to school at A&M – Corpus Christi😍 He met his Turkish wife there, and they moved back to Izmir after school. He was really nice, talking about how much he loved Corpus. I asked him if there were a lot of Turkish people there, and he said, “Yeah, there were. Probably like 50!” Super cute. 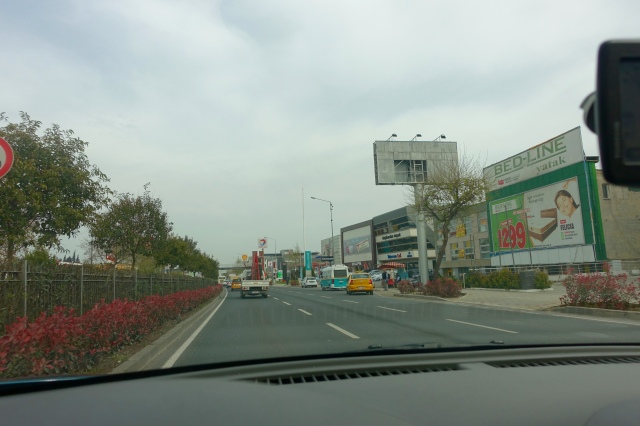 Ephesus is an ancient city that was established in the 10th Century B.C. It was added to the UNESCO World Heritage Site list just last year (not sure why it took so long). This is the description from UNESCO:

Located within what was once the estuary of the River Kaystros, Ephesus comprises successive Hellenistic and Roman settlements founded on new locations, which followed the coastline as it retreated westward. Excavations have revealed grand monuments of the Roman Imperial period including the Library of Celsus and the Great Theatre. Little remains of the famous Temple of Artemis, one of the “Seven Wonders of the World,” which drew pilgrims from all around the Mediterranean. Since the 5th century, the House of the Virgin Mary, a domed cruciform chapel seven kilometres from Ephesus, became a major place of Christian pilgrimage. The Ancient City of Ephesus is an outstanding example of a Roman port city, with sea channel and harbour basin.

Ephesus was truly amazing. I’m so glad that I decided to go (thanks for the info, Matt!). It was a long day, and I had to hurry a little, but it was amazing. It started being built in the 10th Century B.C….!!!? It was a large port city, with one of the largest centers of commerce in the ancient world. At one point, it was one of the largest cities in the Roman Empire, with over 250,000 people. Ephesus was an important city of Christianity, and it is mentioned several times in the Bible. Other than just being amazing and breathtaking, it has loads of other religious and historical significance.

My camera got a little wonky, so I don’t have a lot of pictures, but here are some of the ruins:

gymnasium, theater in the distance 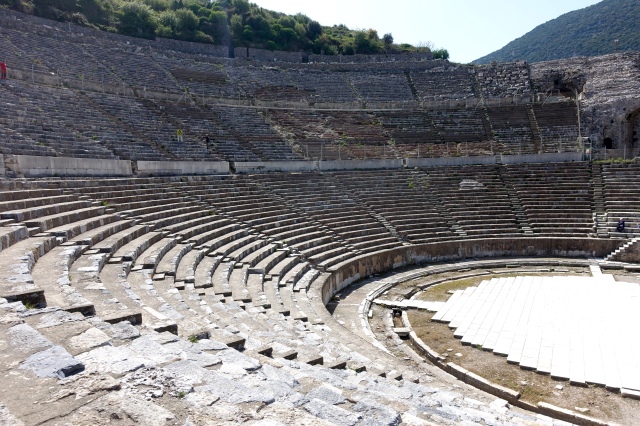 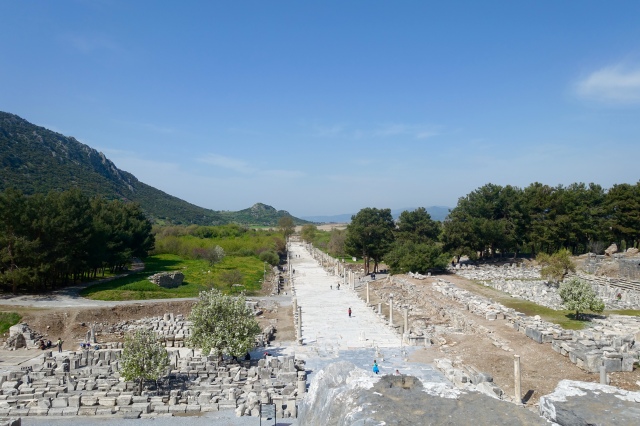 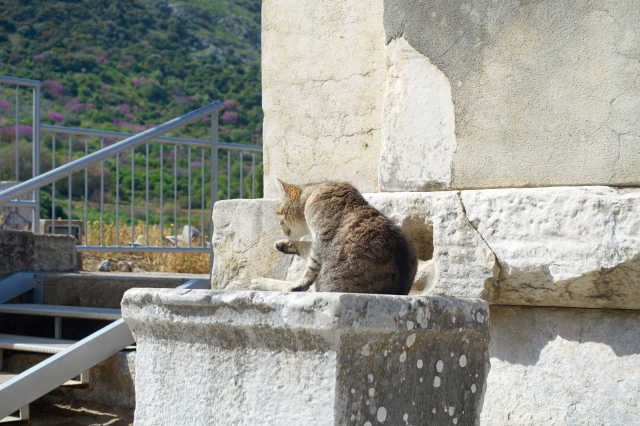 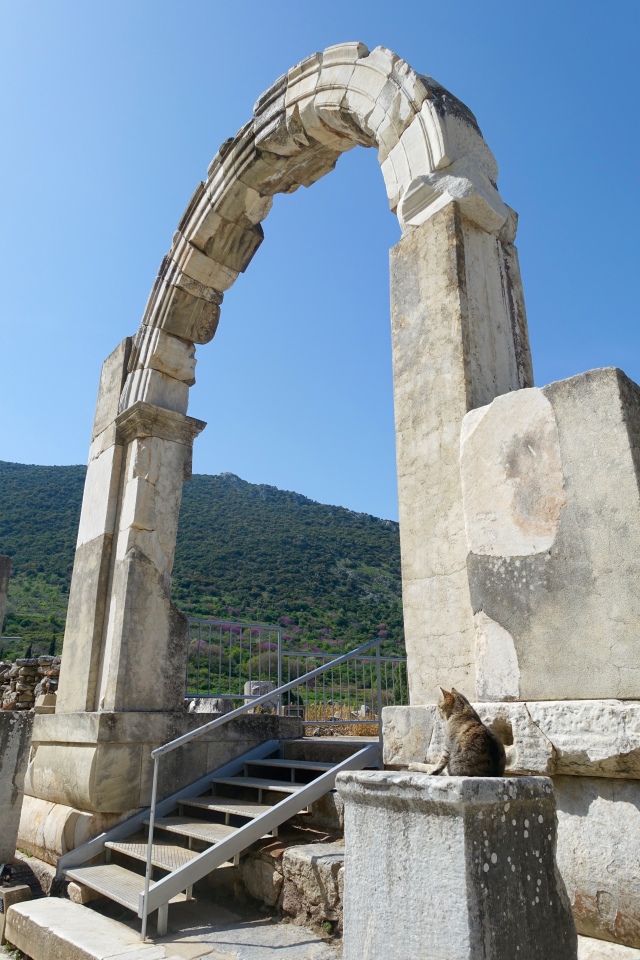 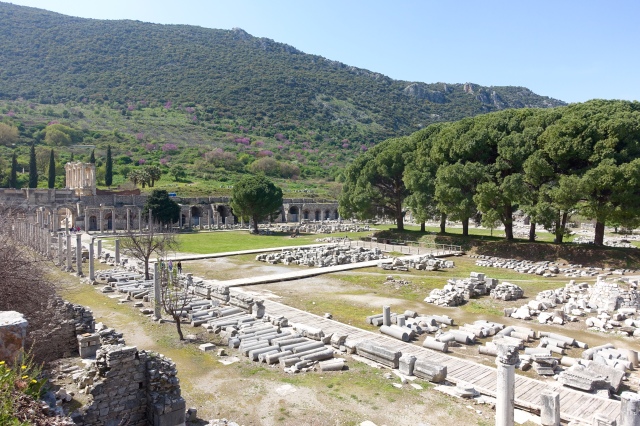 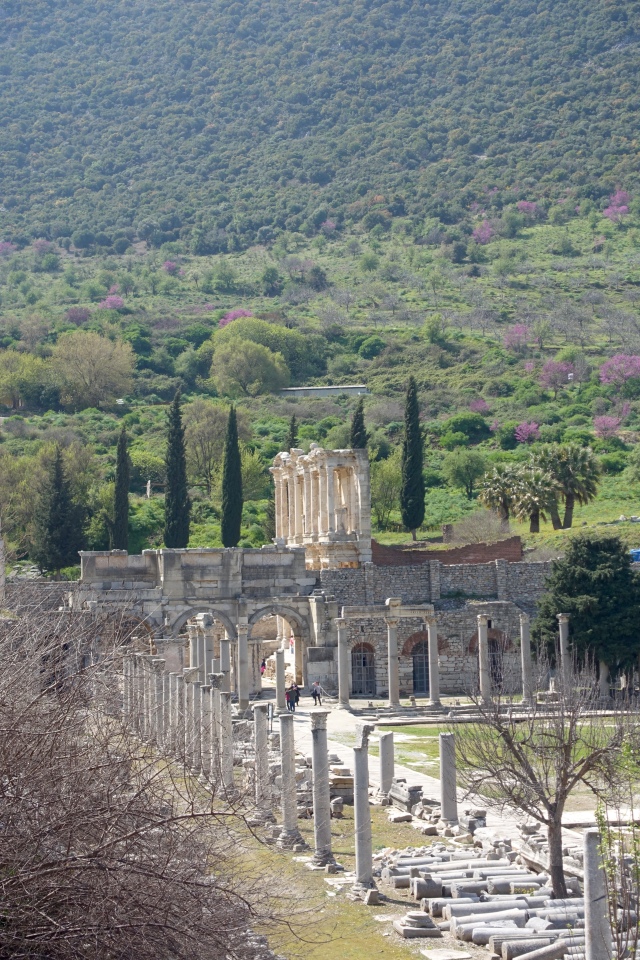 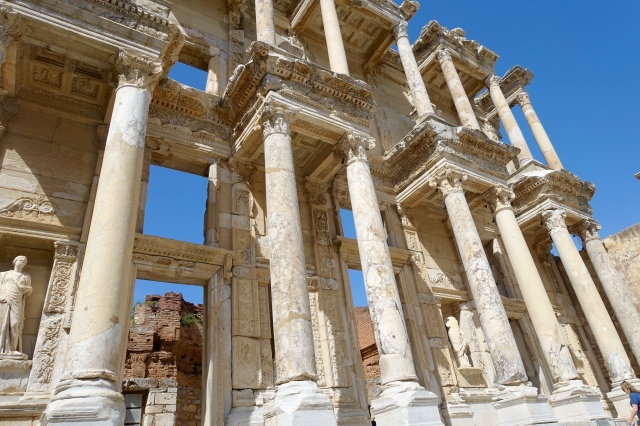 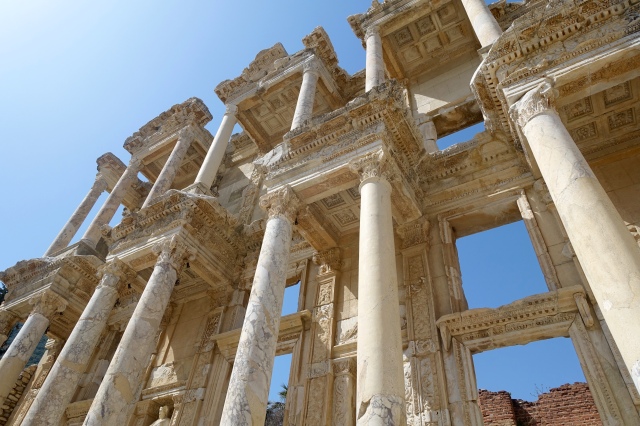 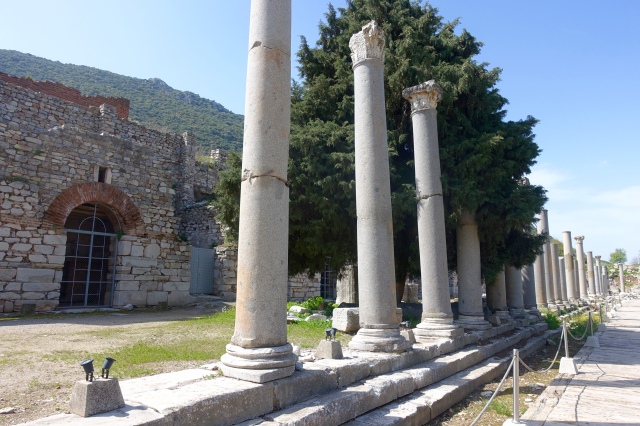 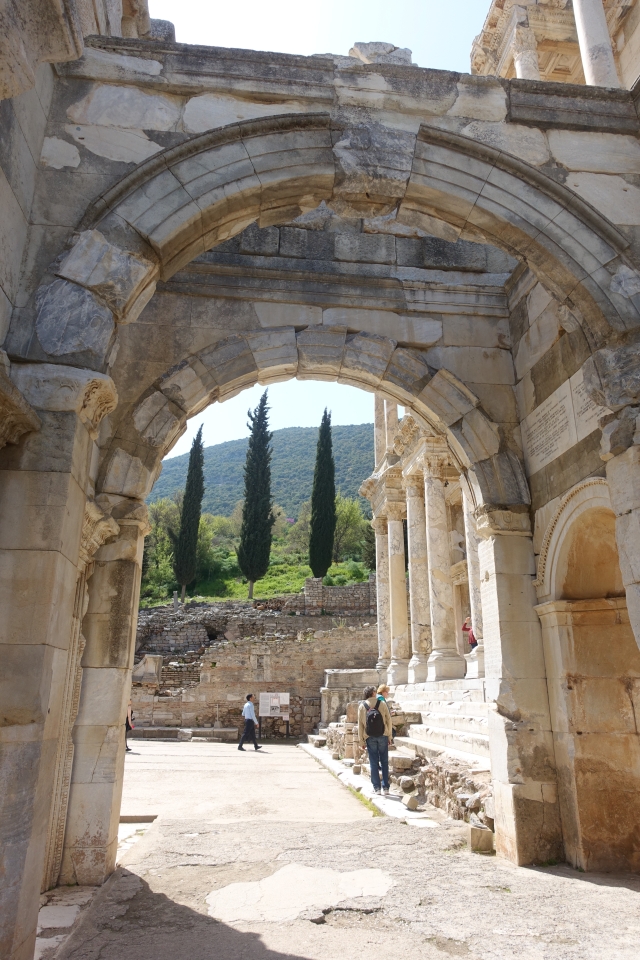 I also visited the Ephesus Museum. It was a really nice museum – great lighting and the artifacts were displayed nicely (probably b/c it was renovated recently).

i finally found one 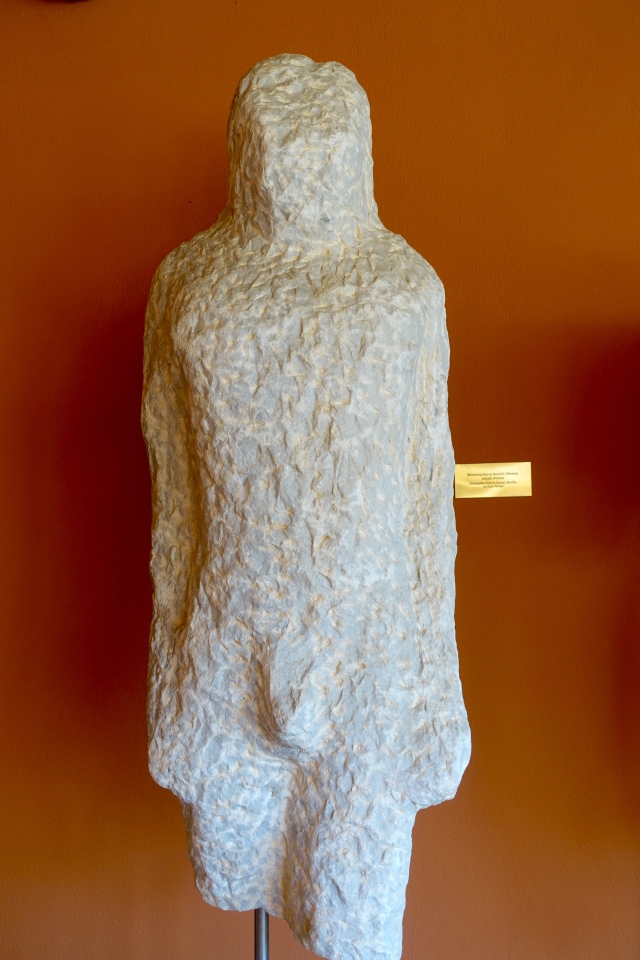 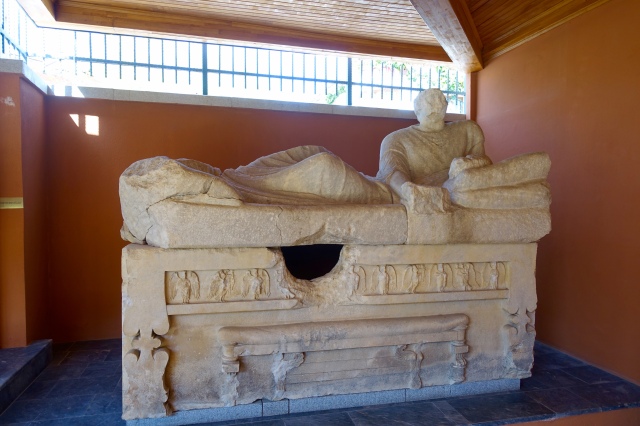 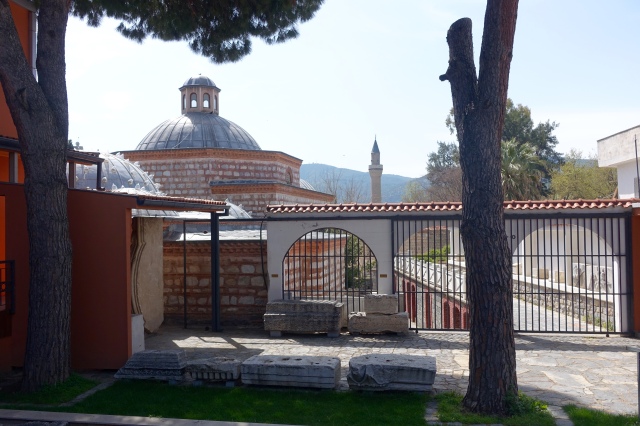 view from the museum

The Ephesus Museum is in Selcuk, and it’s a super cute little town.

The House of the Virgin Mary is located about 10 kms from the Ephesus site. It is supposed to be the house that Mary lived in until her Assumption. The house and the location was described in the 1800’s by a nun, following visions she had seen of the house. She explained the location to an author, who later published a book about her. In the late 1800’s, following the descriptions in the book, a priest found the house. Since then, people have made pilgrimages to the site, which they still do now (I saw two people walking up the road when I was driving). The Catholic Church hasn’t officially recognized this at all, but several Popes have made visits, most recently Pope Benedict. Standing in the space, it had a definite energy that I felt inside it.

house of the virgin mary

house of the virgin mary 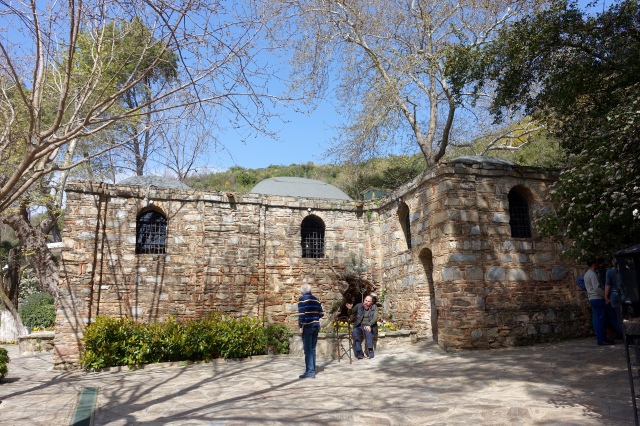 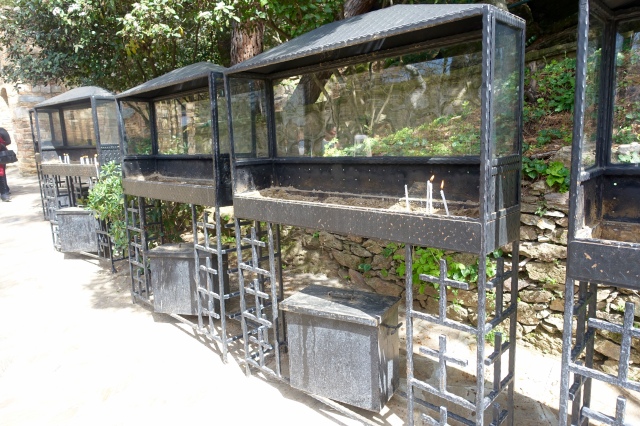 I also checked out Alacati, a town near the coast. Adorable!!