Color me Pondy!  Pondicherry was on my ‘must-go’ list for three reasons:

**footnote #2:  this post dedicated to François and his Frenchy, purple light

This is absolutely a town where you feel like there is no other place on earth like it. Multiple cultures stacked together – Indian in all ways, but Frenchiness still remains. Tamil and French both are the official languages. Street signs in Tamil and French. Indian restaurants, French restaurants, Italian restaurants… Indian people, French people… temples/ashrams, churches/basilicas/cathedrals, mosques… smorgasbord.

The most popular temple in Pondicherry is the Manakula Vinayagar Temple, and when I was looking at it, I kept thinking of the candy necklaces I would wear / eat in the 80’s😂 Those were the days. 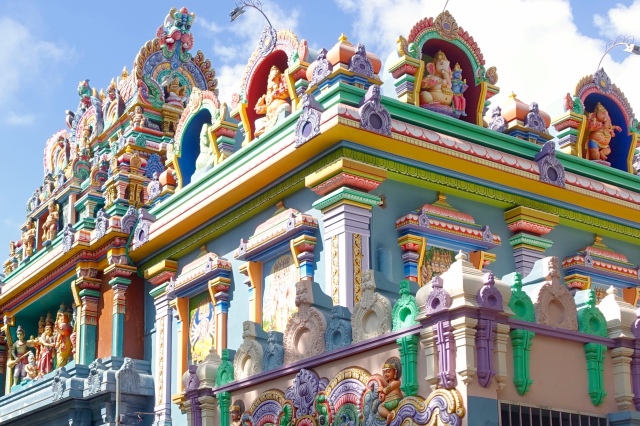 In fact, the colorfulness of the whole town makes me think of the Candy Land board game😍 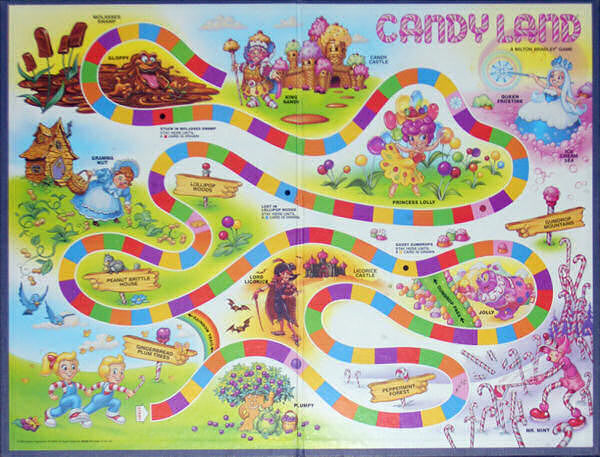 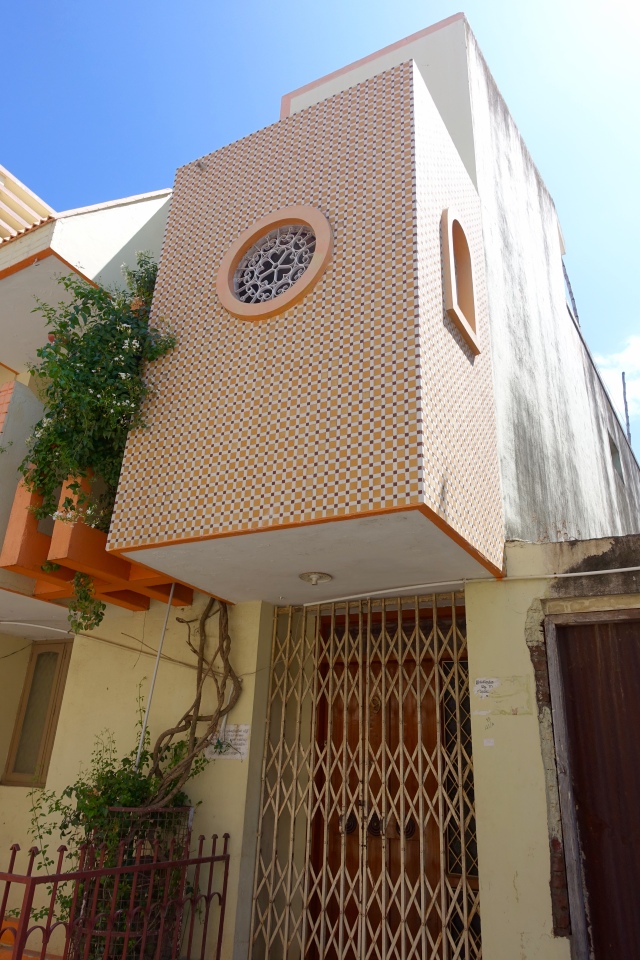 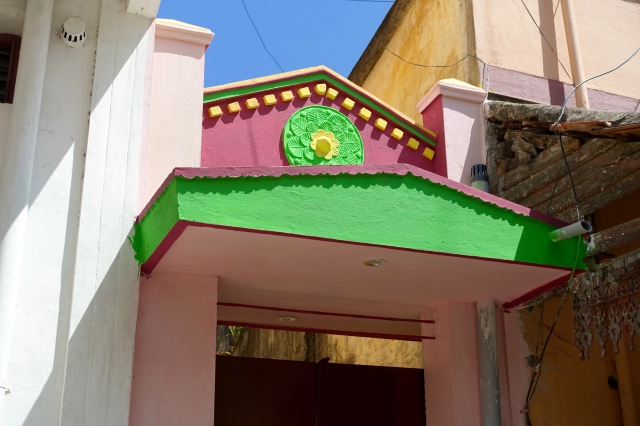 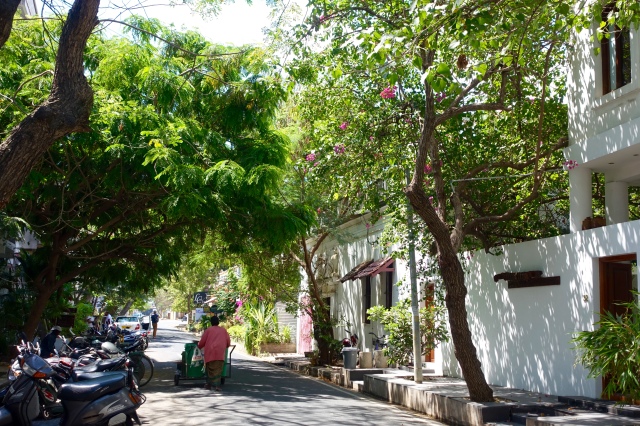 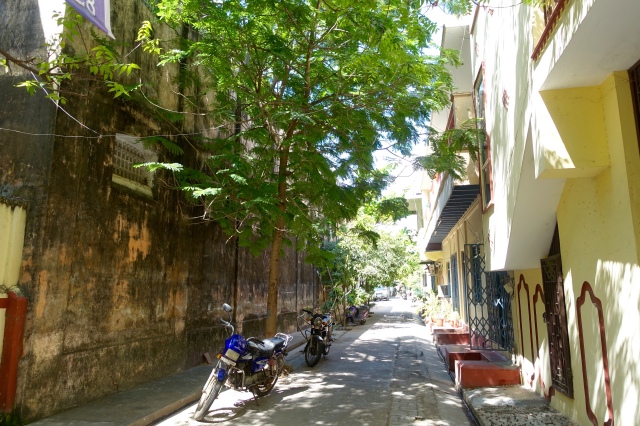 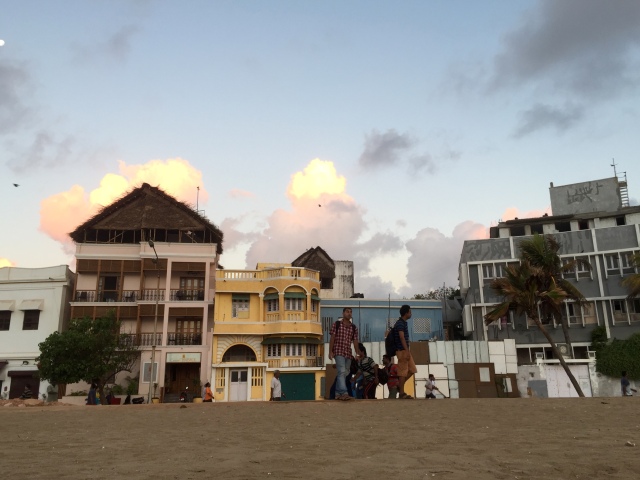 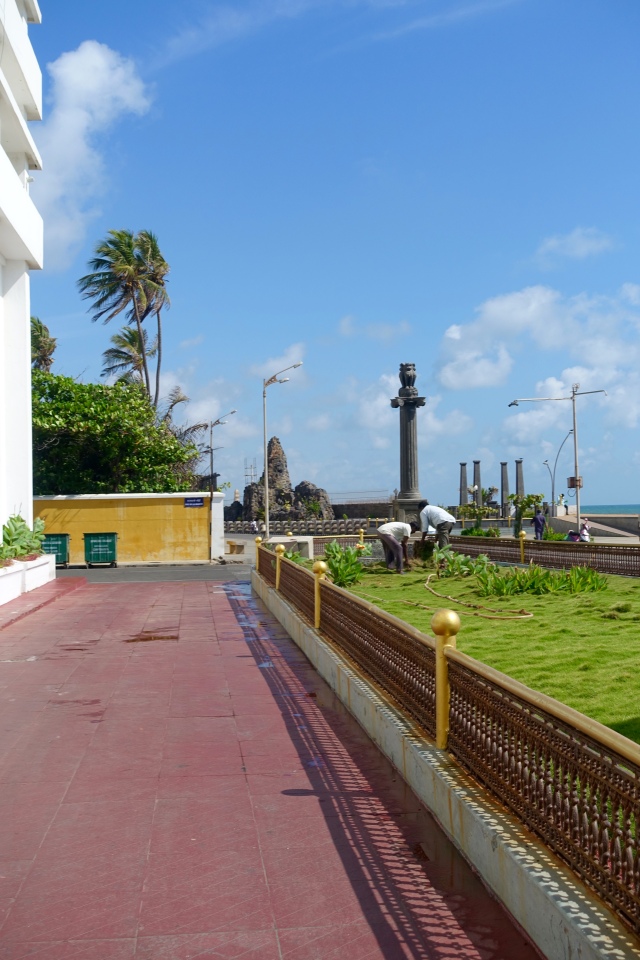 On many of the sidewalks, there is artwork in the form of kolam, which is a type of drawing using powder or rice flower, that is a Hindu tradition. Every morning, (mostly) women decorate in front of their houses, as it is traditionally supposed to bring prosperity. They’re on the sidewalks and streets, so they get stepped on – I was keeping my head down trying not to destroy any with my big feet😳. At the end of the day, they’re washed off, and in the morning made again. 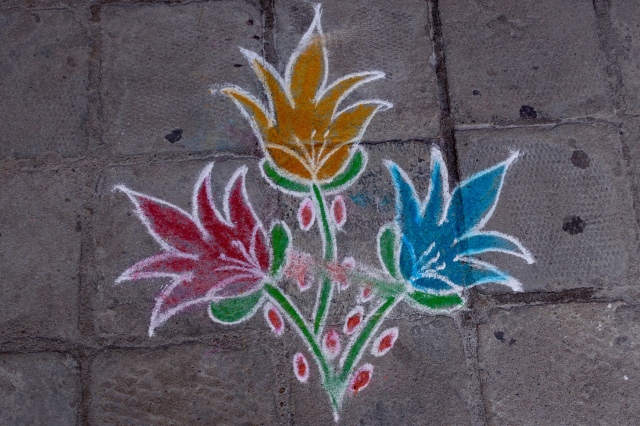 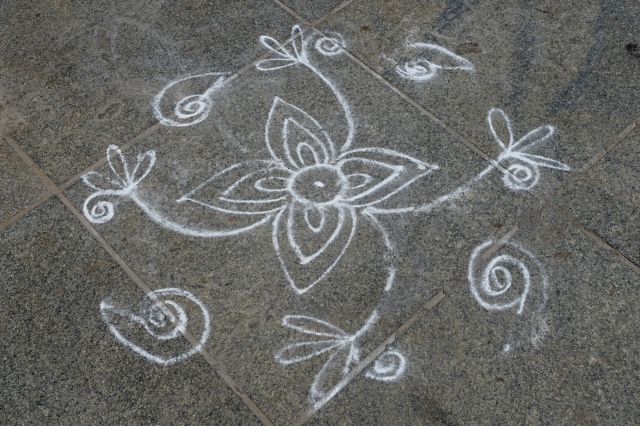 Street signs in both languages… 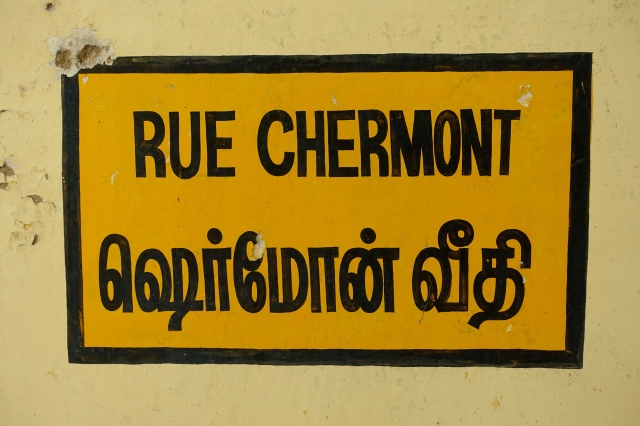 Basilica of the Sacred Heart of Jesus 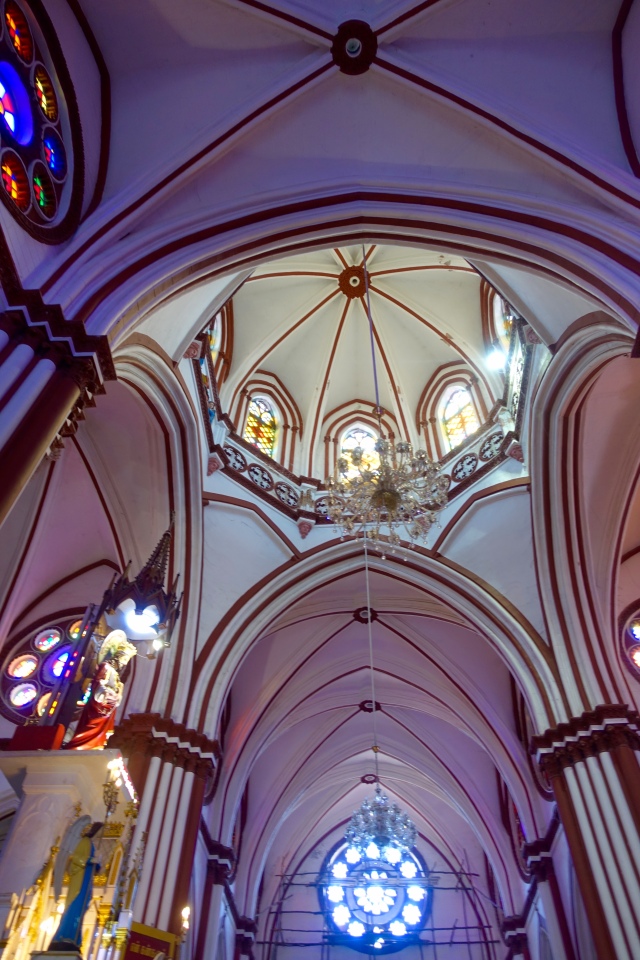 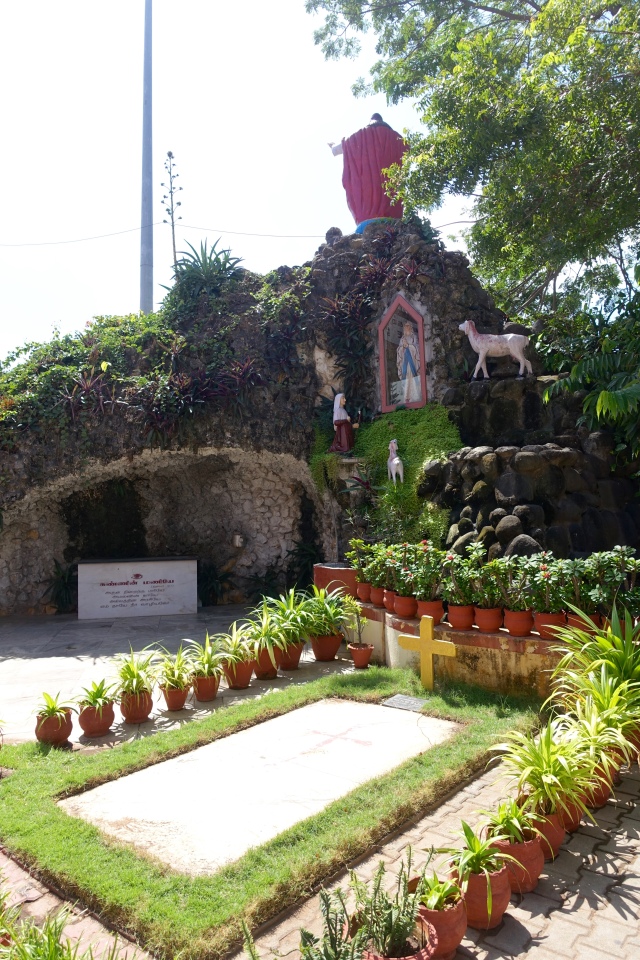 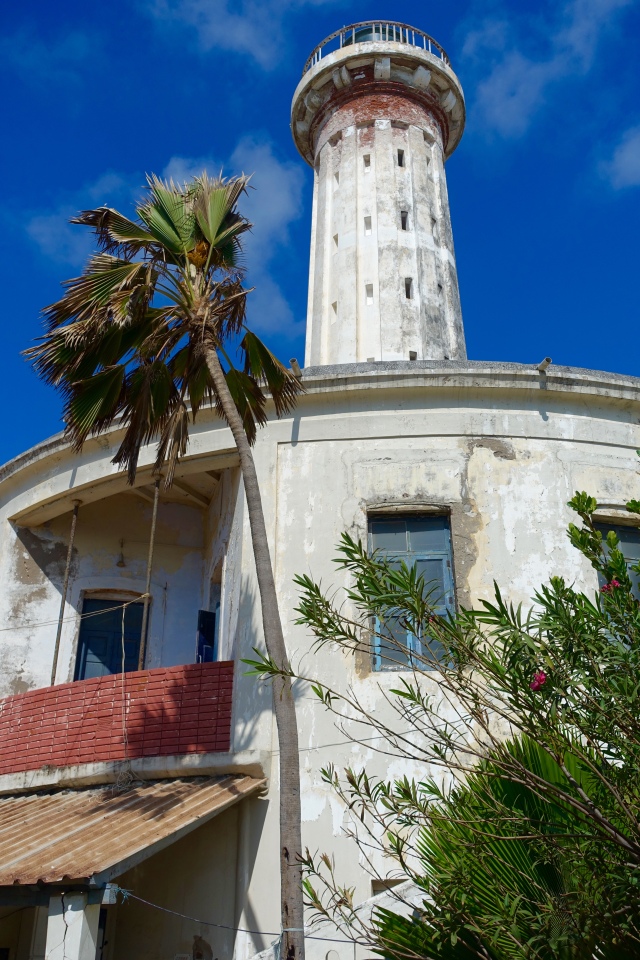 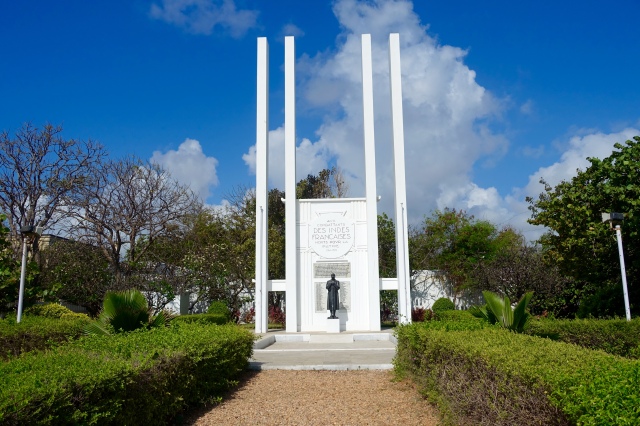 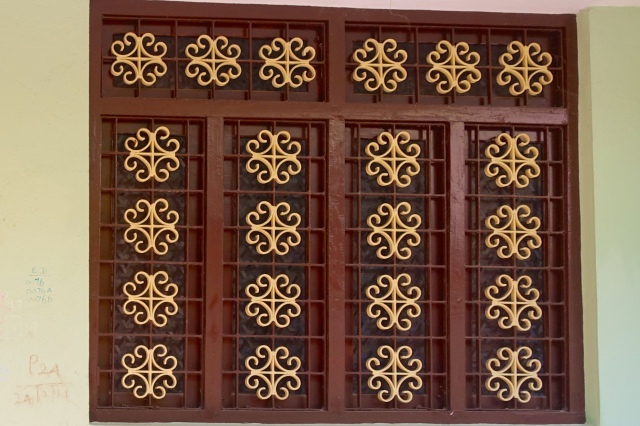 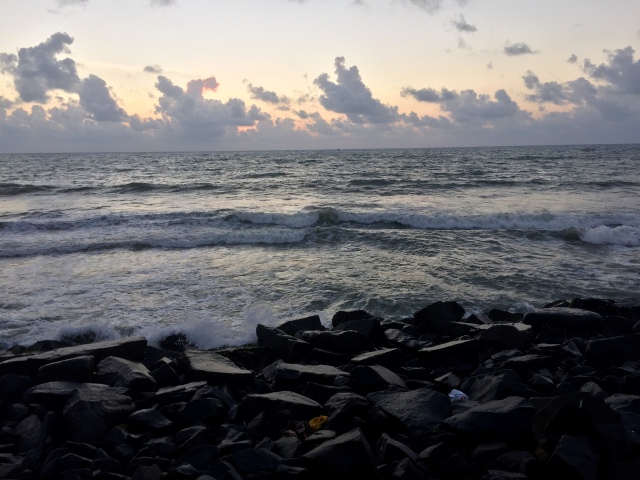 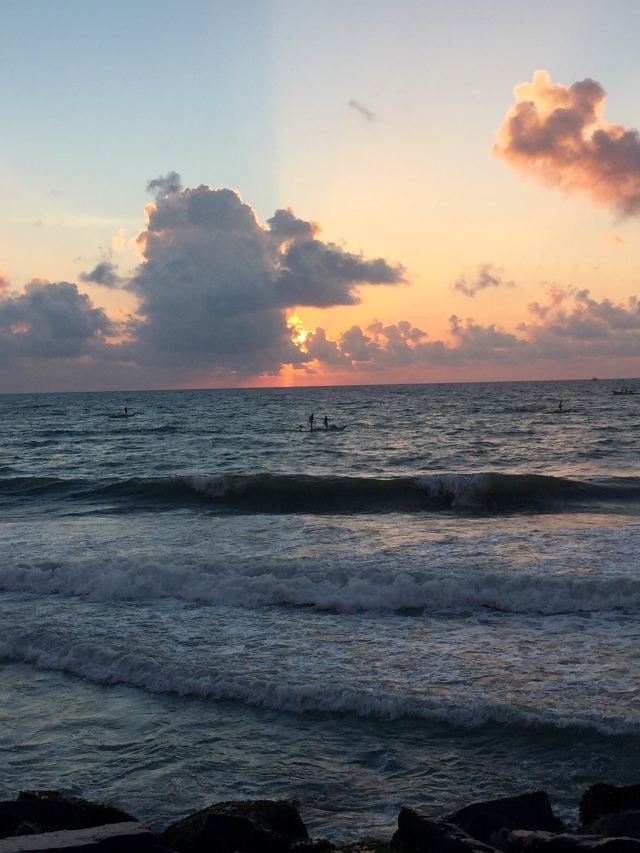 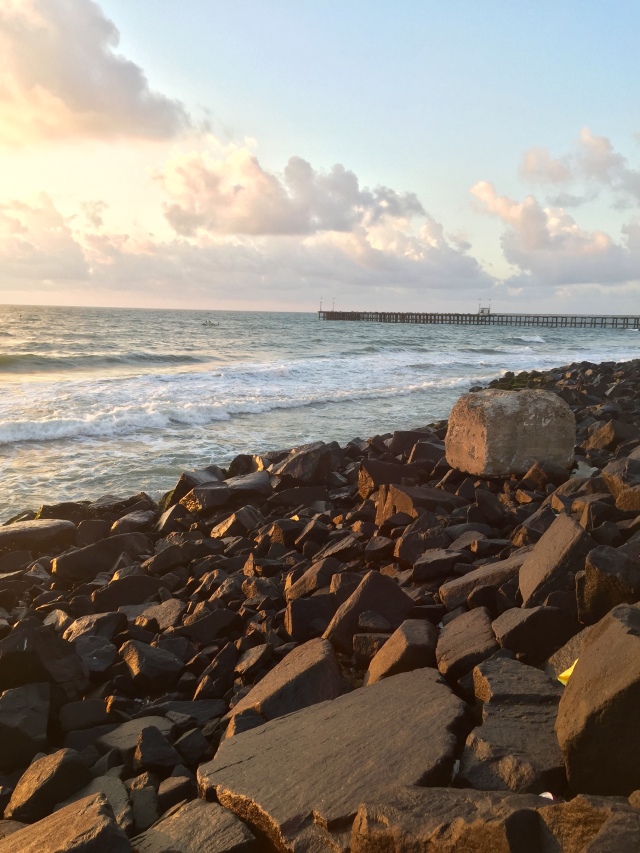 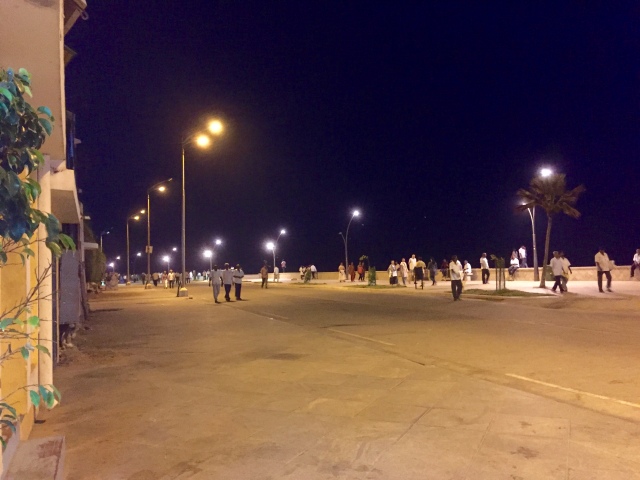 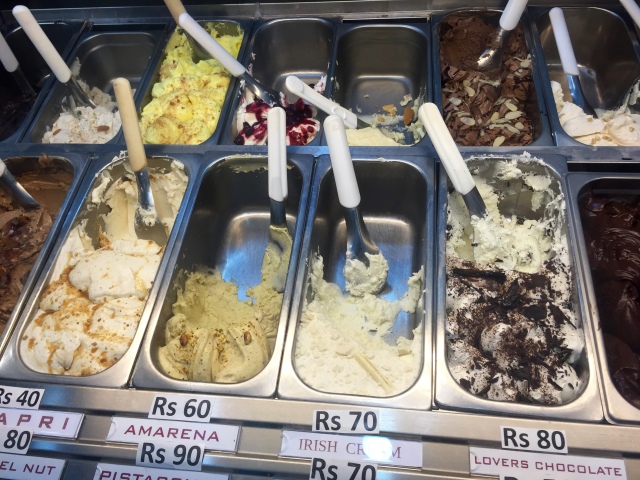 what are they keeping these rats for…?

Next up:  Abu Dhabi (this is the only thing I know about Abu Dhabi) & Dubai 😃